On Saturday, June 13, at 11:15 a.m., Please join us at the corner of Brook and 8th to share this proud moment with our community.

The historical marker reads:
Wichita Falls was a growing town in 1882 as professionals started to arrive looking for opportunities. Dr. Perrigo arrived in 1881 and is believed to be the first doctor to practice in Wichita Falls. In 1909, Dr. Samuel Burnside opened the first modern hospital. As early as 1884, the citizens and physicians of Wichita Falls expressed the need for a county hospital. In 1915, construction finally started on a 40-bed hospital. Local architects Field & Clarkson designed a three-story red brick building. It was named Wichita General Hospital. Wichita General Hospital’s School of Nursing opened in December of 1915. By 1918, the new hospital was at its breaking point as the flu epidemic and population growth from the oil boom created a need for a bigger hospital. Construction of a fourth story created 55 more beds. Classroom expansion and office space were the only additions to the hospital until 1940 when buildings surrounding the hospital were purchased to house student nurses, classrooms and supplies. The next major addition to the hospital was in 1956 when expansion of the fourth and fifth floors was completed. In the 1960s, a new front entrance, the Frank Wood Chapel, the Gaines Educational Pavilion, Bridwell Surgical Pavilion and Streich’s Intensive Care Center were constructed. An additional project in 1983 added an infant intensive care unit. By the mid-1980s, community leaders began to consider how to more effectively and efficiently provide health care services and, in 1997, Wichita General merged with Bethania Regional Medical Center to form United Regional Health Care System. By 2011, all services had been consolidated to an expanded campus on 11th street; the Wichita General facility was razed in 2013.

About United Regional
United Regional Health Care System is located in Wichita Falls, Texas and provides comprehensive medical care including inpatient and outpatient services, advanced diagnostics, surgical specialties and life-saving emergency care to a 9-county service area. It has the area’s only Level II Trauma Center and serves as the Primary Stroke Center for the region. 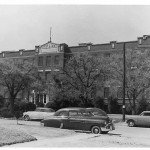 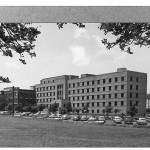 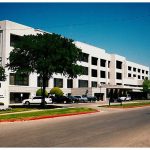 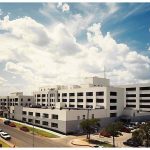